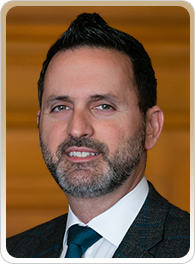 is a passionate advocate for children and working families. He believes that change begins at the local level – in our neighborhoods - where people are most affected by government policies and programs.  Ahsha’s career in public service began in his hometown of Cambridge, Massachusetts working as an aide to a City Councilor. While studying at Northeastern University, under the tutelage of Governor Michael Dukakis, Ahsha learned first-hand the importance of effectively addressing local issues for the underrepresented.  After graduating, Ahsha became an assistant to Loretta T. Avent, Deputy Director of Intergovernmental Affairs in the Clinton White House, addressing the multitude of issues facing Native Americans - further solidifying his commitment to be an advocate for underserved populations. READ MORE