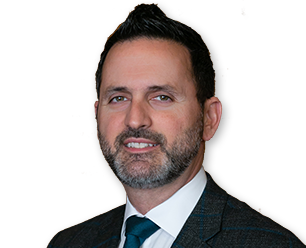 Ahsha Safaí is a passionate advocate for children and working families. He believes that change begins at the local level – in our neighborhoods - where people are most affected by government policies and programs.  Ahsha’s career in public service began in his hometown of Cambridge, Massachusetts working as an aide to a City Councilor. While studying at Northeastern University, under the tutelage of Governor Michael Dukakis, Ahsha learned first-hand the importance of effectively addressing local issues for the underrepresented.  After graduating, Ahsha became an assistant to Loretta T. Avent, Deputy Director of Intergovernmental Affairs in the Clinton White House, addressing the multitude of issues facing Native Americans - further solidifying his commitment to be an advocate for underserved populations.

In 2000, upon graduation, Ahsha and his wife, Yadira, both decided to return to her native San Francisco to practice city planning.  He has been actively involved in local government for the past fifteen years – working under Mayor’s Willie Brown and Gavin Newsom with the San Francisco Housing Authority, the Mayor’s Office of Community Development, and the Department of Public Works, all the while working on behalf of neighborhood residents, low-income families, and working men and women.  Since 2008, Ahsha has been the Political Director for the San Francisco Janitors Union – Local 87 and also the Principal of Kitchen Cabinet Public Affairs working with many non-profit, community-based, and political organizations throughout the Bay Area building community and revitalizing neighborhoods.

Ahsha holds a Master’s Degree in City Planning from MIT and a dual Bachelor’s degree from Northeastern University in Political Science and African-American Studies.  Ahsha and Yadira have lived in San Francisco’s Excelsior District for over a decade because they believe it is an ideal place to raise their two children.