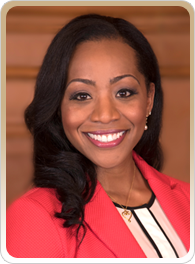 Supervisor Cohen serves as Chair of the Board of Supervisors Budget and Finance Committee, which oversees appropriation ordinances, and measures concerning bond issues, taxes, fees and other revenue measures, redevelopment, and real estate. She also serves as the President of the San Francisco Employee Retirement System (SFERS), which manages a $20 billion fund. She is a member of the San Francisco Transportation Authority, which oversees a half-cent sales tax for transportation investments in the County, which generates over $100 million annually.

Consistent with these principals Supervisor Cohen authored the Pregnancy Information Disclosure and Protection Ordinance, prohibiting limited services pregnancy centers from making false or misleading statements about their services. After passage, this measure was challenged in court and upheld in its entirety.Since being elected Supervisor for San Francisco's tenth district in 2010, Supervisor Cohen has prioritized developing policies and legislation that keeps the residents of San Francisco's Southeastern neighborhoods working, healthy and safe.

Supervisor Cohen was the lead author and proponent of the sugar sweetened beverage tax, which is expected to generate over $14 million annually to fund public health and physical education programs in San Francisco. The measure passed 62 percent and has paved the way for the sugary sweetened beverage tax movement across the country.

In 2014, Supervisor Cohen authored the Fair Chance Ordinance, which regulates the use of commercial background checks by employers and affordable housing providers. The Ordinance removes any inquiry into a conviction history on a job or housing application and delay any background check until the employer or housing provider has determined that the individual's qualifications meet the requirements for the position or the housing unit. The legislation will remove unnecessary barriers to employment and housing for qualified, skilled individuals seeking jobs and stable homes and will promote public safety by reducing obstacles to stabilizing factors for the nearly 7 million adult Californians with a conviction record.

Most recently, Supervisor Cohen championed the efforts on the Neighborhood Preference legislation, which prioritizes 40 percent of all affordable housing in new development projects for those who live in the existing neighborhoods.

Supervisor Cohen was born and raised in San Francisco. She earned a BA in Political Science from Fisk University
and a MS in Public Policy and Management from Carnegie Mellon University.