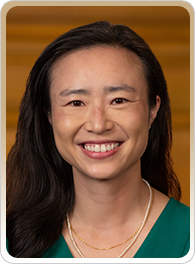 Supervisor Connie Chan represents District 1 on the Board of Supervisors, including the Inner Richmond, Central Richmond, Outer Richmond, Lone Mountain, Golden Gate Park, Lincoln Park, and University of San Francisco. Connie Chan was raised in San Francisco since the age of thirteen, and owes so much to this incredible City. Today, Connie has served our City at every level and understands how policy goals at the top are implemented into operational actions for San Francisco residents.

Born in Hong Kong, she moved to San Francisco at the age of 13 with her mother and younger brother. Her family was able to obtain a rent-controlled apartment in Chinatown (the same apartment her mother lives in today) because her mother was able to develop the skills she needed for a new career, as a claims processor at Chinese Hospital, thanks to classes at City College of San Francisco.

After graduating from Galileo High School, Connie earned her bachelor’s degree from the University of California, Davis and then went to work giving back to the community that had done so much for her family. She started out as a volunteer interpreter, working with pro bono attorneys for SF Bar Association's Volunteer Legal Outreach, while serving as a community organizer for SF SAFE and Community Youth Center.

In 2006, she was recruited to be an aide to Supervisor Sophie Maxwell and later served as an aide to then-District Attorney Kamala Harris, followed by Supervisor Aaron Peskin in 2016. Since then, Connie also served at San Francisco Recreation & Parks and City College of San Francisco.

Connie’s long-time partner Ed became a San Francisco firefighter in 2011 – the same year they bought their home in the Richmond District. Today, they are raising their son who is a student at Lafayette Elementary School.

Connie is honored to serve District 1 residents and her priorities as supervisor will be to ensure the same opportunities San Francisco has given her are available for all San Franciscans now and for generations to come. .