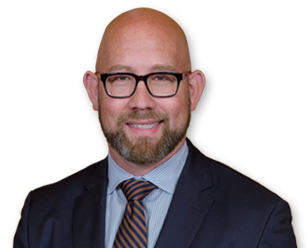 Since joining the Board of Supervisors in July 2018, Supervisor Mandelman has worked to address the City's mental health and substance use crises, serving as Co-chair of the 2019 Methamphetamine Task Force, co-authoring legislation to allow San Francisco to pursue temporary conservatorships for people with severe mental health and substance use disorders, and authoring legislation to streamline the creation of new Board and Care Facilities, and preserve existing facilities. Supervisor Mandelman worked with the Department of Public Health to establish the City’s first community-based Hummingbird behavioral health respite in District 8, which is scheduled to open in 2021 and will provide 20 - 24 beds for unhoused people suffering from mental illness and addiction. As a member of the Budget Committee, Supervisor Mandelman helped to secure funding for Street Crisis Response Teams, which will respond to more than 21,000 calls for behavioral health crises previously handled by SFPD.

Supervisor Mandelman has led San Francisco’s efforts to combat the climate crisis. In 2019, he authored the Climate Emergency Resolution, which committed San Francisco to meeting the goals of the Paris Climate Accord, and in 2020 he passed legislation to require all-electric construction in new buildings, making San Francisco the largest city in the United States to phase out natural gas in new construction. He is also a strong advocate for the City’s public transportation system, co-chairing the Muni Reliability Working Group in 2019 and leading efforts to stabilize and reinvest in our transit and paratransit systems in his role as Chair of the County Transportation Authority. Supervisor Mandelman is committed to pedestrian and bicycle safety and closed a funding gap to deliver major streetscape improvements through the Upper Market Safety Project in 2020.

Increasing affordable housing opportunities in District 8 and citywide and addressing the crisis of street homelessness have been major priorities of Supervisor Mandelman’s. He authored legislation in 2020 to acquire 1939 Market Street, which will allow the City to build LGBTQ-welcoming senior affordable housing in Upper Market. Supervisor Mandelman funded and developed a District 8 Affordability Strategy that will help preserve housing for existing residents and create more affordable housing, and secured funding for an innovative neighborhood-scale affordable homeownership development in Diamond Heights in partnership with Habitat for Humanity. He is advancing legislation to allow fourplexes on corner lots and near major transit stations and curb luxury home conversions. In October 2020, Supervisor Mandelman introduced legislation to require the Department of Homelessness and Supportive Housing to open a network of temporary safe sleeping sites and other shelter, with enough capacity to ensure that on any given night any unhoused person who is unable to access a shelter bed, housing unit, or hotel room can be offered a safe place to sleep and access to services.

Supervisor Mandelman is committed to supporting small businesses and neighborhood commercial corridors. To address retail vacancies in the Castro and Upper Market he authored zoning changes to make it easier for artists, non-profits and restaurants to open in vacant storefronts and secured funding for a Castro Commercial Corridor Manager. He authored legislation to extend the deadline for city-mandated seismic retrofit work to reduce disruption to small business tenants, co-authored legislation to waive outdoor permitting fees for small businesses, and oversaw the successful renewal of the Castro and Noe Valley Community Benefit Districts. During the COVID-19 pandemic, Supervisor Mandelman has supported the Shared Spaces program, allowing for hundreds of District 8 businesses to operate outdoors during the pandemic, and he secured funding to support weekend street openings for dining and shopping on Valencia Street and in the Castro.

Supervisor Mandelman has also been a leader on cannabis policy at the Board of Supervisors, authoring legislation that updated the City’s cannabis regulations to strengthen equity and equity incubator programs and allow for new changes of ownership and creating a new Temporary Cannabis Events Permit to allow for the sale and consumption of cannabis at events in San Francisco.

During his time on the Board, Supervisor Mandelman has been a champion for the LGBTQ+ community, leading the City’s efforts to implement Sexual Orientation and Gender Identity (SOGI) data collection, authoring legislation to create the Castro LGBTQ Cultural District, declaring the Lesbian/Gay Freedom Band the official band of San Francisco, and ending the decades-long ban on bathhouses in San Francisco. Supervisor Mandelman worked with Mayor Breed, the Department of Public Health, and community stakeholders to keep the Lyon-Martin clinic open through the COVID-19 pandemic, and then secured more than $2 million to help the City’s most important provider of trans and gender nonconforming affirming healthcare transition to becoming an independent clinic. As a member of the Budget Committee, Supervisor Mandelman fought for funding in the 2020-2021 Budget for rental subsidy programs for trans and gender nonconforming community members, people living with HIV and transitional aged youth; to open 28 new beds at Jazzie’s Place shelter for trans and gender nonconforming unhoused people; and to support organizations in the Castro that serve LGBTQ youth and funding to help create more BIPOC-welcoming spaces in the neighborhood. In 2020, he initiated the historic landmarking process for the longtime home of LGBTQ civil rights leaders Phyllis Lyon and Del Martin, and is committed to expanding the number of LGBTQ cultural sites included in the City’s list of historic landmarks.

Supervisor Mandelman has been active on a variety of public and nonprofit boards, having served as a commissioner on San Francisco’s Building Inspection Commission and Board of Appeals, a member of the Bay Area Jewish Community Relations Council, president of the Board of Directors of Livable City, and Co-Chair of the San Francisco LGBT Community Center Board. A past president of the Noe Valley and Harvey Milk LGBT Democratic Clubs, Supervisor Mandelman has been an elected member of the San Francisco Democratic County Central Committee since 2006. He joined the Equality California Institute Board in 2020.

Supervisor Mandelman lives in the Mission and grew up in San Francisco, attending Brandeis-Hillel Day School and Lick-Wilmerding High School prior to earning a B.A. in History from Yale College, a Master of Public Policy from Harvard’s John F. Kennedy School of Government and a law degree from UC Berkeley’s School of Law.