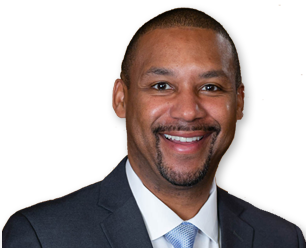 was born in San Francisco and lived in public housing at an early age in Bayview and Potrero Hill. He has worked in District 10 neighborhoods for decades and has witnessed firsthand the challenges our community faces from long-time residents being pushed out of the city to losing childhood friends to violence and incarceration. As an accomplished and experienced community leader, Shamann has dedicated his life to improving these realities in our community and is committed to identifying solutions to our pressing issues. He has a proven track record of creating positive change in the community he serves.

As the former president and member of the San Francisco Board of Education, Shamann spearheaded the effort to close the achievement gap for Black, Latino, and special needs students and helped secure the funding for the school district's first African American Achievement and Leadership Initiative. He worked to protect undocumented students, decreased teacher turnover, increase graduation rates across the district for Black, Latino and Pacific Islander students, secured the financing and identified a site for our first affordable housing units for educators, and fought to make sure that Mission Bay will have its first school built in the next few years.

As the former Executive Director at Young Community Developers (YCD), Shamann worked vigorously to build close relationships with labor to provide job and career opportunities for residents and bring 100% affordable housing units to District 10. Under his leadership, YCD increased their annual budget by more than $10 million dollars and used those funds to better the lives of District 10 residents by placing them in jobs and careers, developing affordable housing, eliminating employment barriers and increasing education outcomes with credit recovery and tutorial services for students.

Shamann is passionate about quality public education, options for living-wage jobs, safer neighborhoods, affordable housing, support services for the homeless, and universal healthcare. As a member of the Board of Supervisors, he will strongly advocate for communities from low-income and working-class neighborhoods. He will also work to improve our schools, bring more jobs to the district, increase access to affordable housing, bridge relationships amongst all diverse communities, stop gun violence, and ensure we have safe open spaces.

Shamann is a proud father to his two adult children, Monique and Malcolm, who are both graduates of Bay Area public schools. He lives in the Bayview with his wife, Mesha, and his two stepsons--one who is a graduate of SFUSD and one who is currently in high school.

Shamann has a Bachelor’s Degree in Political Science from Morris Brown College and a Master’s Degree in Public Administration from San Francisco State University.